Thanks you for contacting Austen Consultants, we will answer your request within one hour.

Give your Cisco phones a new life with 3CX 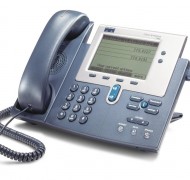 Since we have been deploying the 3CX platform over the last six months we have had success repurposing Cisco phones to the 3CX platform. We have a school district in north Texas that is in a proof of concept phase and currently has a Cisco phone system. We have helped him over the last three years upgrade his phone system, even though we saved him money on the labor for the upgrades he is facing a huge Smartnet renewal.

The issue with the current phone systems is that they are expensive, hard to upgrade and did I say expensive 100mg viagra. Why should you spend tens of thousands of dollars on a phone system? The 3CX platform performs as well and is sometimes less than a third of what a new Cisco phone system runs. The school was facing a forklift upgrade of hardware and software, that would have cost approximately $25,000.00. Repurposing the Cisco phones saved him $50,000.00 in new phones and allows him to retire the Cisco phones and replace those over time as can be afforded.

Aside from adding some Yealink phones for the Administration the Cisco phones will be repurposed for the 3CX hosted system we are providing. E-Rate is another factor in the state of Texas referencing the phone system. E-Rate has traditionally provide dial tone to some schools as well as other services. The phone piece of the E-Rate system that is going away over the next few years would be the voice component. Having this solution in place is actually costing our customers less than their contributed portion normally paid in E-Rate.

Again, if you need any help setting up your phone system with 3CX or our interested in pricing for the 3CX hosted phone system give us a call. We also provide SIP Trunking and dial tone for your VOIP system. Shortly I will be writing about what the experience is like to provision the Cisco phones to 3CX.